IPH Board of Directors

The Board of Directors brings relevant experience and skills including professional services, financial management, legal services and corporate governance. 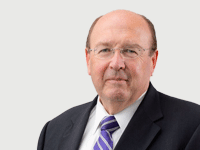 Mr Warne is the Chairman of Macquarie Group Limited, a board member of Allens and a member of the ASIC Corporate Governance Consultative Panel.

Peter has extensive knowledge of, and experience in, financial services and investment banking, through a number of senior roles at Bankers Trust Australia Limited, including as head of its global Financial Markets Group from 1988 to 1999. Mr Warne was a director of the Sydney Futures Exchange (SFE) from 1990 to 1999, and from 2000 to 2006.

He served as deputy chairman of the SFE from 1995 to 1999. When the SFE merged with the Australian Securities Exchange (ASX Limited) in July 2006, he became a director of ASX Limited, a position he held to 2020. Mr Warne has previously served as Chairman of ALE Property Group from 2003 to 2017 and OzForex Group Limited (now trading as OFX Limited) from 2013 to 2016. He was a director of New South Wales Treasure Corporation from 2012 until 2020, where he served as Chairman from 2019 to 2020. 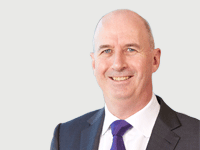 Andrew was appointed as Chief Executive Officer and Managing Director of IPH in November 2017.

Since Spruson & Ferguson’s incorporation and the listing of IPH on the ASX in 2014, Andrew has played a key role in the development and growth of the IPH Group. He has a deep knowledge and understanding of the IPH business and the environment in which the company operates.

Andrew is on the Board of St Paul’s College Foundation. 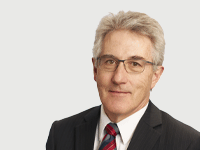 John was appointed as a Non-executive Director in September 2014. John is Chairman of the Australian Institute of Company Directors and Qantas Superannuation Limited. He is a Director of Integral Diagnostics Limited, Commonwealth Bank Officers Superannuation Corporation Pty Limited, and Outward Bound International Inc.John is a former CEO & Managing Director of The Trust Company Limited (2009–2013) prior to its successful merger with Perpetual Limited. John was also Managing Partner and Chief Executive of Blake Dawson (2002–2008). John also worked at Mallesons Stephen Jaques as a Mergers & Acquisitions Partner for 15 years (1987–2002). 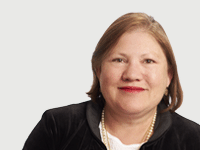 Robin is also on the University of New South Wales audit committee and was formerly Deputy Chairman of the Auditing and Assurance Standards Board. Robin was with PricewaterhouseCoopers for 28 years and was a partner from 1996 to 2013, specialising in audit and risk. 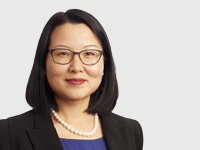 Jingmin was appointed as a Non-executive Director in April 2019. Jingmin is a Director of Abacus Property Group, Trustee of Club Plus Super, a member of Macquarie University Council,  a Director of the Australia China Business Council, Director of the Foundation for Australian Studies in China and a Director of the CFA Society of Beijing. She is also a senior advisor to leading global and Australian organisations and Director of Jing Meridian Advisory Pty Ltd.Jingmin previously held senior roles with L.E.K. Consulting, Boral Limited and Leighton Holdings, and brings a broad range of commercial experience covering strategy, mergers and acquisitions, capital planning, investment review and Asian expansion.

The information on this page is not part of the Prospectus.

If you agree to the conditions on this page, you will be given access to an electronic version of the Offer Document.

Before downloading, printing or viewing any of the documents on this website, you must carefully read the terms set out in this notice.

The Offer Document contains details of an offer (“Offer”) by IPH Limited ACN 169 015 838 (“IPH” or “Company”) and IPH (SaleCo) Pty Limited ACN 600 396 825 of fully paid ordinary shares (“Shares” or "Securities”) in IPH. IPH applied to ASX Limited (“ASX”) within seven days after the date of the Offer Document for quotation of Securities on ASX.

Lodgement of the Offer Document

The prospectus accessible on this website is dated 9 October 2014 (“Offer Document”, or “Prospectus”) and was lodged with the Australian Securities and Investments Commission (“ASIC”) on that date. Capitalised words used on this website have the meaning given to them in the Offer Document unless they are defined with a different meaning on this website. Neither ASIC nor the ASX takes any responsibility for the content of the Prospectus or for the merits of the investment to which the Prospectus relates.

The Corporations Act 2001 (Cth) prohibits any person from passing onto another person an Application Form in relation to the Offer unless it is attached to, or accompanied by, a complete and unaltered copy of the Offer Document.

Warning – This information does not constitute an Offer of Securities

No action has been taken to register or qualify the documents on this website, the Offer or Securities, in any jurisdiction other than Australia and New Zealand. The distribution of the documents on this website (including the Offer Document) outside Australia and New Zealand is restricted by law. You should inform yourself of and observe such restrictions and should seek your own advice on such restrictions. Any non-compliance with these restrictions may contravene applicable securities laws.

By continuing you represent, warrant and agree that: